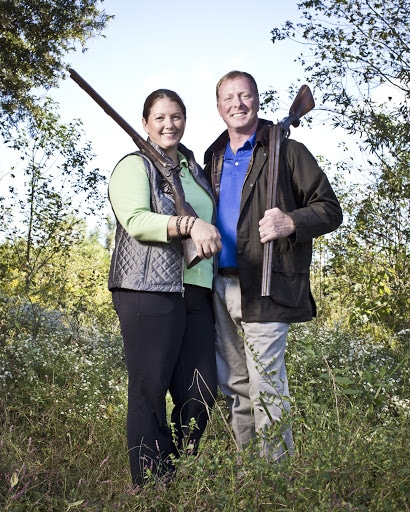 In the early 1970s, Bill Odom, a poultry specialist for Campbell Soup Company in Sumter, SC, was offered a corporate position in New Jersey, as his husbandry skills were the best Campbell Soup had ever seen. Despite the lustrous offer, Odom declined, wanting to stick to his country roots and set out on his own. While raising Pharaoh Quail to train his hunting dogs in the Manchester State Forest, Odom realized there was a market for the farm-raised bird when he began selling his excess birds in the off season to friends and neighbors. The rest is history.

Founded in 1974, Manchester Farms is the oldest quail producer in the United States. A second-generation, family-owned farm, Manchester Farms is now owned and operation by Odom’s daughter and her husband, Brittney and Matt Miller. Manchester Farms prides itself on raising happy, healthy birds that are growth promotant and hormone free. The farm produces 80,000 Pharaoh Quail per week and offers a variety of quail to consumers and the culinary industry.

Manchester Farms got its start by distributing product to restaurants and chefs via direct mail. In the 1980s, demand for Manchester quail grew above and beyond the farm’s capabilities and they partnered with foodservice and retail distributors to expand the supply across the country. Now beloved by top chefs and at-home cooks, Manchester Farms quail is seen on menus from Las Vegas, Nevada to Charleston, South Carolina, and on the shelves in grocery stores nationwide.